But if you like brownies, and cherries, and chocolate, you have found the perfect pie. There is nothing to be afraid of...and it doesn't take much courage or effort to make one.

Start with the basic recipe for a pie crust and add three tablespoons of cocoa powder.  The crust will be less flaky and more dense and chewy.  But that is OK.  It gives  the crust a brownie-like appeal.

It gets easy from here. Since fresh or frozen cherries are not available outside of Wisconsin, Michigan, or Washington, you will just need to open cans to get the fruit.  That means no pealing, no chopping, no pitting...no problem.

Open two cans of tart cherries.  Drain about two-thirds of the liquid (retain come liquid for the flavor).  In a bowl, combine the cherries and retained liquid with a cup of sugar, and three tablespoons each of corn starch and flour.  Stir it up and put it in the bottom crust. Add the top crust, poke some steam vents in the top, and bake in a preheated 375 degree oven for about an hour (until the insides are bubbling.

Remove from the oven.  Cool for 5-10 minutes.  Then sprinkle the top generously with chocolate chips.  Serve when cooled.  Ice cream optional. 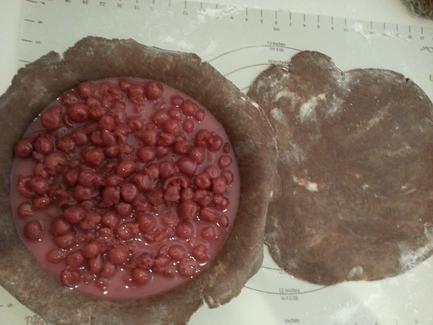 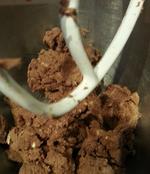 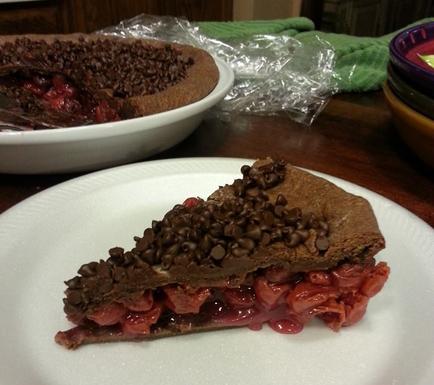