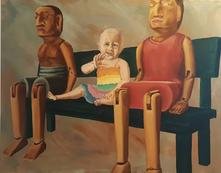 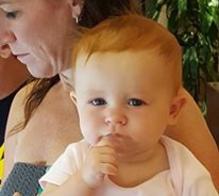 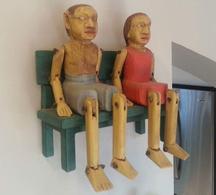 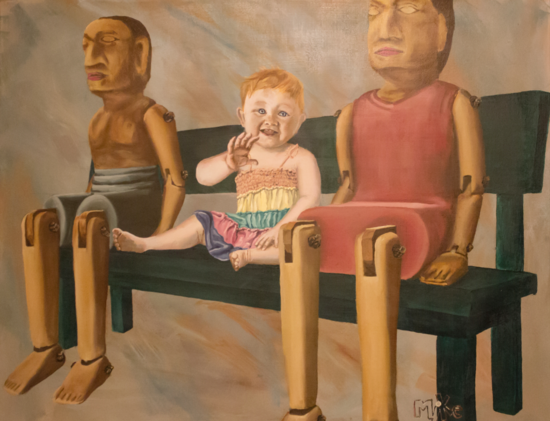 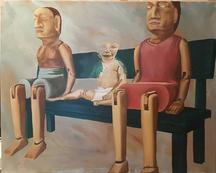 Its true that you cannot pick your parents.   But your Funcle G-r-r-r can pick your family portrait.

Funcle is the hipster (and PG-rated) way to say "Fun Uncle."

Funcle G-r-r-r's recently retired boss, the charming and Chinese Mimi Tcheng, told the new funcle that he would be called "Dai Phak" in Chinese culture.  That is the title of the older brother uncle on the father's side.  This uncle liked the idea of a gutteral sound.  But it needed to more easily roll off an Anglo tongue. The obvious choice was Funcle G-r-r-r!

After the artist found his name, it was time to give Noni the family of her dreams.  These parents look great hanging on a wall, will never grow old, they do not impose curfew, and they will only embarrass  when dad gets arrested shirtless on Cops.  "Bad boys, bad boys, whatcha gonna do when they come for you..."

And then came the issue of baby hair.  The Funcle wanted to give the Fniece a free pass to the Hair Club For Babies. But when the first attempt was called Trump Hair, the Funcle wanted to Make Hair Great Again!  So after an adjustment, Noni got her own baby hair, a family, a bench, and a cheerful disposition. 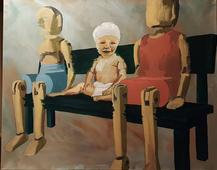 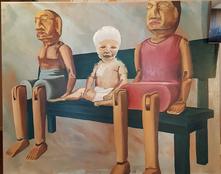