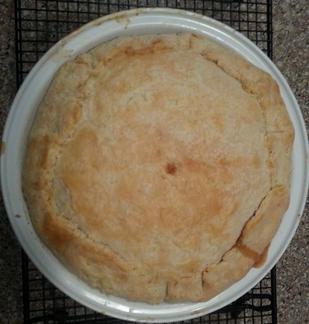 We have all heard of those citizenship exams in which the aspiring immigrants need to learn facts about American history and the US government that few natural born Americans even think about. Well, here is an actual question from a recent citizenship exam:

Q: Where did peach pie come from?

While most homegrown Americans would obviously say MikesPieHole.com, the actual answer is FDR's New Deal For America.

The year was Nineteenfourty-whatever, and FDR was looking to revitalize the voting public.  After Herbet Hoover's famous but ill-fated "chicken in every pot pie" promise was followed by the worst depression in the history of history, FDR made a risky move that earned him the scorn of Fox News.  FDR boldly claimed that a tangy seasonal comfort food would be the engine that would drive decades of prosperity.

The American Dream is achieved today they same way FDR's generation did it 70 years ago...  When peaches are on sale in the summertime, grab a grip. The fruit is just right when you can cut them in half and remove the pit. Shave the fuzz with a vegetable peeler (unless they are ripe enough to peel). When you have 4-5 cups of sliced fruit, toss it in brown sugar, cinnamon, and corn starch.  But not too much sugar or you will smother the tangy peach flavor.  Put it a crust and bake until bubbly.  Welcome to America! 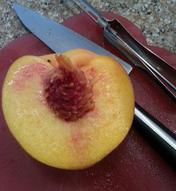 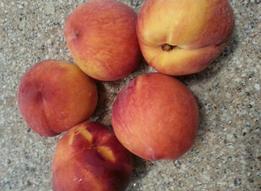 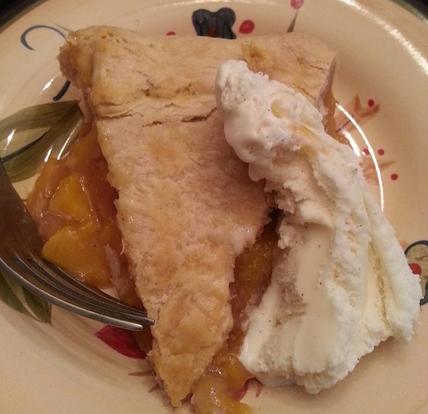