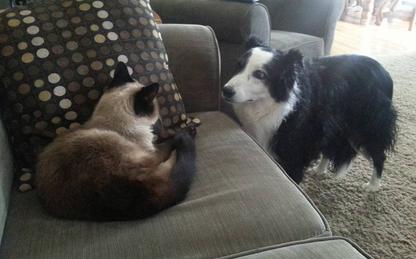 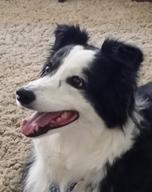 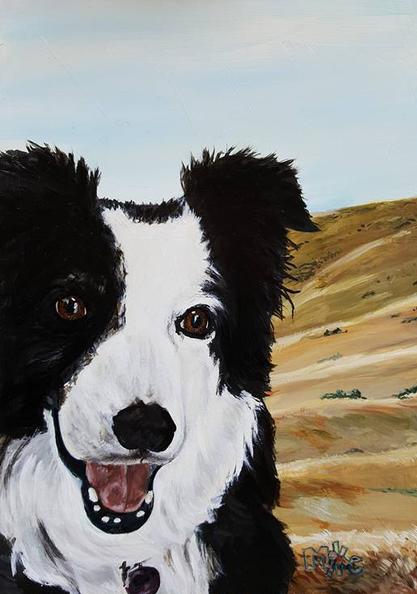 May was a lot of things.  She was a Border Collie, a jogging companion, the energetic and loyal Mohr family pet, a female alpha in a house full of dogs, but most remarkably she was a cat herder.

When people talk about "herding cats" we are referring to the impossibility of organizing a chaotic situation. But May did not see it that way.  May viewed the cat herding as her contribution in a household with multiple feline anarchists.  She focused her genetic instincts on the task.

The Mohr family cats never publicly admitted to surrendering their revolutionary ideals.  But all the non-cats congratulated May on her selfless commitment to maintaining order. (See the action photo of May in the lower right.)

She was given the name Maybelline when she joined the Mohr family because of the permanent eyeliner around her left eye.  But everyone knew her as May.

May was OK with the name, so long as it was not used in the context of she "may" be able to herd the house cats.  She would have changed her name to "Will" (i.e., "I will herd these delinquent cats.") if the humans ever doubted her commitment to dominating the inferior species with cat-for-brains.

After many years of service to her family in Casper, Wyoming, May was laid to rest in the Spring of this year. May's work was done.

Her portrait was commissioned by her human grandma as a Christmas present to the family.   The background is the grassy hill behind their home in Casper, Wyoming.  This was May's domain.